This month I’d like to reprint a couple of articles from April that I was featured in. One is a story from Toronto Star reporter Tony Wong, where he talks about the benefits of buying real estate and quotes Canadian investment guru Don Campbell and myself. If you’d like to read the original article as it appeared in the newspaper, please click here. The second article is a snippet from a much larger cover story that ran in Canadian Business magazine about real estate in Canada.

Despite an economic downturn that has had a dramatic impact on Toronto home sales, broker Paul Anand is busier than ever.

Anand specializes in income properties, homes that have basement or in-law suites that can be rented out.

“I’m swamped. Demand is high for properties that help the owner pay the mortgage, especially during these times,” says Anand.

With stock markets tanking and real estate prices forecast to decline further, real estate investors are seeking properties that help to pad the bottom line. That’s if you can get them to invest at all.

Should you park the money in mutual funds, or put it in real estate? “It’s the perennial question that everyone seems to be asking,” says Don Campbell, the Vancouver-based author of Real Estate Investing in Canada. “The dilemma is even bigger because none of them look great on paper.”

The short answer, says Campbell, is to figure out your time horizon.

“If you have a very short term, real estate is not a get-rich-quick scheme, but if you have five years and more, then well-selected properties will be a good fit,” says Campbell.

“The problem is, people watch television and figure they can flip a house in half an hour – because that’s how long the show is – and get into all kinds of trouble.”

In previous recessions, such as 1980 and 1989, when prices peaked, investors panicked, says Campbell.

“The economic world was over, everyone said don’t buy real estate, but if you bought after the peak, then you came out looking like a genius,” he says.

Of course, timing can be a perilous thing: Those who bought at the peak in 1989 still haven’t recovered their money two decades later if you factor in inflation.

“I figured it was the beginning of the end for this cycle when people started lining up for condos on Bloor St. The only time I line up and wear a wrist band is for U2 tickets,” says Campbell.

He owns more than 200 properties with his wife Connie, and is looking at buying more properties across Canada.

The trick is to buy properties that will give you a yield – essentially a return on your money after all taxes, mortgage and expenses are factored in.

Investors call that the capitalization rate, essentially the net annual rent divided by the cost of the property. Campbell looks for a return of about 8 per cent on his properties. He will settle for less, his bottom line being 6.5 per cent, but “only if it’s a fantastic area with a lot of opportunities for appreciation.”

Location, of course, is half the equation in real estate. Campbell sees value in areas that “have a tougher reputation” or are slightly off the beaten path.

In the Greater Toronto Area, he likes Scarborough, the Junction and High Park.

“There are some older, really fantastic spots that are far cheaper now than they were a year ago.”

He likes older low-rise properties close to transit, since they usually have good upside and are often cheaper. He typically stays away from new condos, since prices are high and, after maintenance fees and taxes, it’s hard to see positive cash flow.

Campbell is currently purchasing properties in Edmonton and Hamilton because prices have been “beaten up.”

For an investor, where interest rates are at historic lows, prices are depreciating and people are sitting in rentals because they don’t want to buy, it doesn’t get much better than the current climate, says Campbell.

“Just because people are paralyzed isn’t a bad thing, that means they would rather rent with me than go buy their own home,” he says. And the figures bear him out.

(One caveat: Vacancy rates aren’t expected to fall much further, and could go up as a flood of condos, now being built, come onto the Toronto market.)

The upside of a recession: Campbell recently paid $209,000 for a townhome in northeast Edmonton that would have cost $249,000 last year. And interest rates at that time would have been 5 per cent, instead of the 4.14 per cent he is getting now, giving him a significantly bigger return on his investment.

As prices fall, traditionally tough areas for investors, such as downtown Toronto, are looking more attractive.

“It’s tough to make a good return in Toronto because the prices are so high,” says Campbell. “But the opportunities are there, you just have to look harder.”

Anand says returns for multi-residential properties in the Toronto market are decent, but not spectacular because of demand.

“The good properties are always in demand, so prices still haven’t dropped as dramatically as other properties,” he says.

But first things first: Getting a property that suits your lifestyle is paramount, he cautions.

“I have seen it happen too many times before where clients are more concerned about the money the property is generating than whether it meets their personal needs,” he warns in a preface in his self-published book, Live For Free.

“It really helps if you like where you’re living – remember, this isn’t just about the money, and it’s also about your lifestyle.”

If you already own income-producing real estate, now is probably not the time to unload it. Prices are lower and the rental market remains strong, because roughly 250,000 people move to Canada every year and they generally rent before they buy. “We haven’t seen the rental market soften,” says Michael Polzler, executive vice-president and regional director at Re/Max Ontario — Atlantic Canada. “I think the reason is that we don’t build apartment buildings anymore. People used to buy a fourplex or six-plex; now they buy a floor in a new condo building and rent it out.”

Paul Anand, the broker of record at Plex Realty Corp. in Toronto, says 8% — 10% of available inventory at any given time are income properties — and good properties are still scarce. Capitalization rates (the ratio of net operating income to the home’s original price or current market value) have been lower than 7% for quite awhile, and in many cases 5% and 6% is the norm. “Some people feel there is an opportunity because it’s cheap, but to me the opportunity is that we don’t have to compete for properties now,” says Anand, who adds he is always looking for more income-producing properties.

His advice? Always look at cap rates, which give an indirect measure of how fast an investment will pay off, and don’t get emotional about the properties you’re buying. “This is not glamorous work,” he says.

Rents in the commercial market have also remained stable because vacancy rates are low. “Across Canada, we’ve been at around 5% or 6% vacancy in both industrial and office, which is extremely low,” says Milton Lamb, a senior vice-president at Colliers International in Canada and a member of Colliers National Investment Team &amp; Global Investment Services Team in Toronto. “That’s moved up, but compared to anywhere else in the world, that’s a very low vacancy rate. Just because you see the signs, it certainly exaggerates the reality a bit.”

Next month I will get into more detail about what’s happening in the Toronto market. This past week, a frat house near U of T had 16 offers on it. I have also seen a few listing agents start to hold back offer dates again. I still think that there may be further fall-out from the car industry, but could the worst be behind us now?

Happy New Year everyone! I’d like to personally wish and your family all the best. May all your hopes and dreams come true in 2008 and may you have a truly memorable year. This month’s newsletter is in two parts. The first part is my annual prognosis for this New Year and what we might…

Welcome to the August edition of our monthly income property newsletter. We’re in the middle of a very hot summer that has seen the real estate market in Toronto continue to post record numbers and remain very strong and healthy. I have commented in previous newsletters about why our market continues to sustain itself, so… 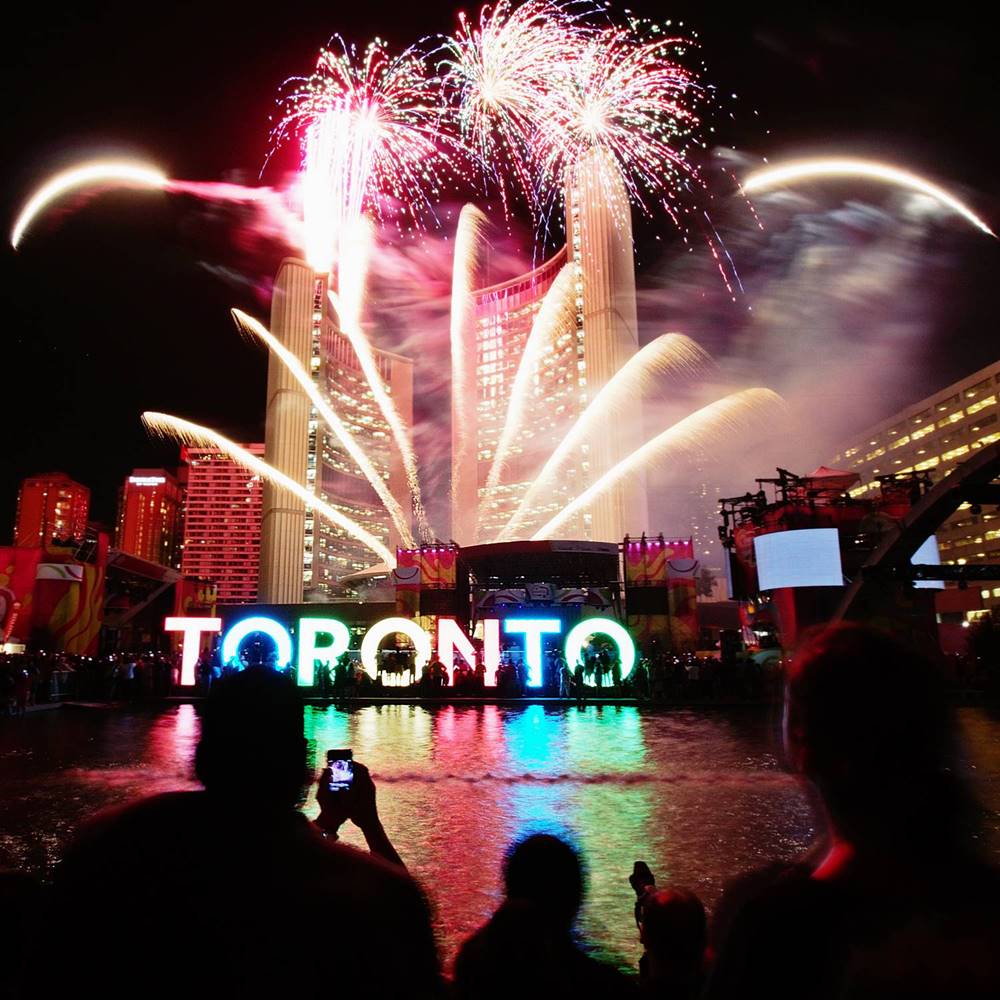 I hope everyone is enjoying this very warm summer. Congratulations to Spain on winning their first World Cup. I hope all of you soccer fans enjoyed the tournament. Now we can turn our attention to TFC and their quest for a first-time playoff birth. With the dismal performance of the Maple Leafs, Raptors &amp; Blue…

This month I will address the fervor of the Toronto income property market over the past few weeks. There was some speculation that with more supply coming online as we approach the spring market the current hot demand would cool a little. Quite simply this hasn’t been the case. I haven’t seen any quality duplexes…